I grew up in rural southeastern Arkansas and lived way out in the woods. The small church I attended until it disbanded was also way out in the woods but only a couple of miles from our house. Although the church stopped being active many years ago as the families who once lived in the area moved away, each year on the fourth Sunday in April we still have Homecoming. 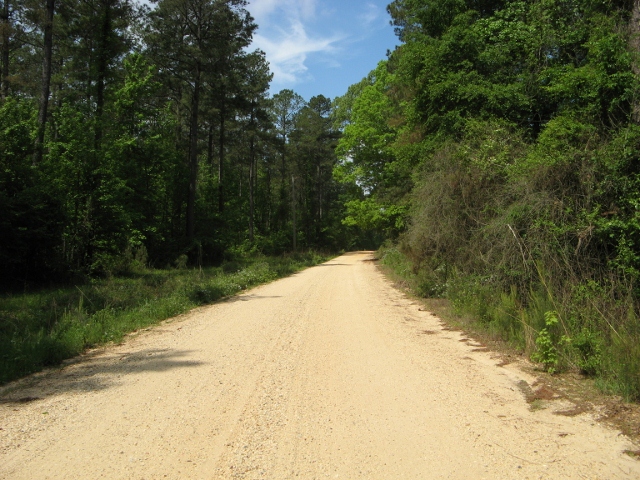 As I said, I lived in the country… Go down this road about 8 miles and then take a right and go another mile. Or take a left and in a couple of miles, you arrive at the church.

Homecoming is when when the families gather once again at the little country church. The morning is spent singing the old southern gospel songs, I’ll Fly Away, Victory in Jesus, Camping in Canaan’s Land, Never Grow Old, I’d Rather be an Old Time Christian, etc. In addition to the old upright piano, recent years have seen the addition of guitars for the singing.

Lunch is “dinner on the grounds” – everyone brings potluck and it is spread out on boards on top of posts in the back of the church.

Homecoming used to be in July but the church has never had electricity (propane lights were used when the church was active) and after a couple years of people bringing generators in order to run some fans, the decision was made to move Homecoming to April when it is not so beastly hot.

The day is spent renewing friendships, visiting the cemetery and chatting with family. And once a year, the old tiny church is filled with songs of praise and love among the people of Christ.